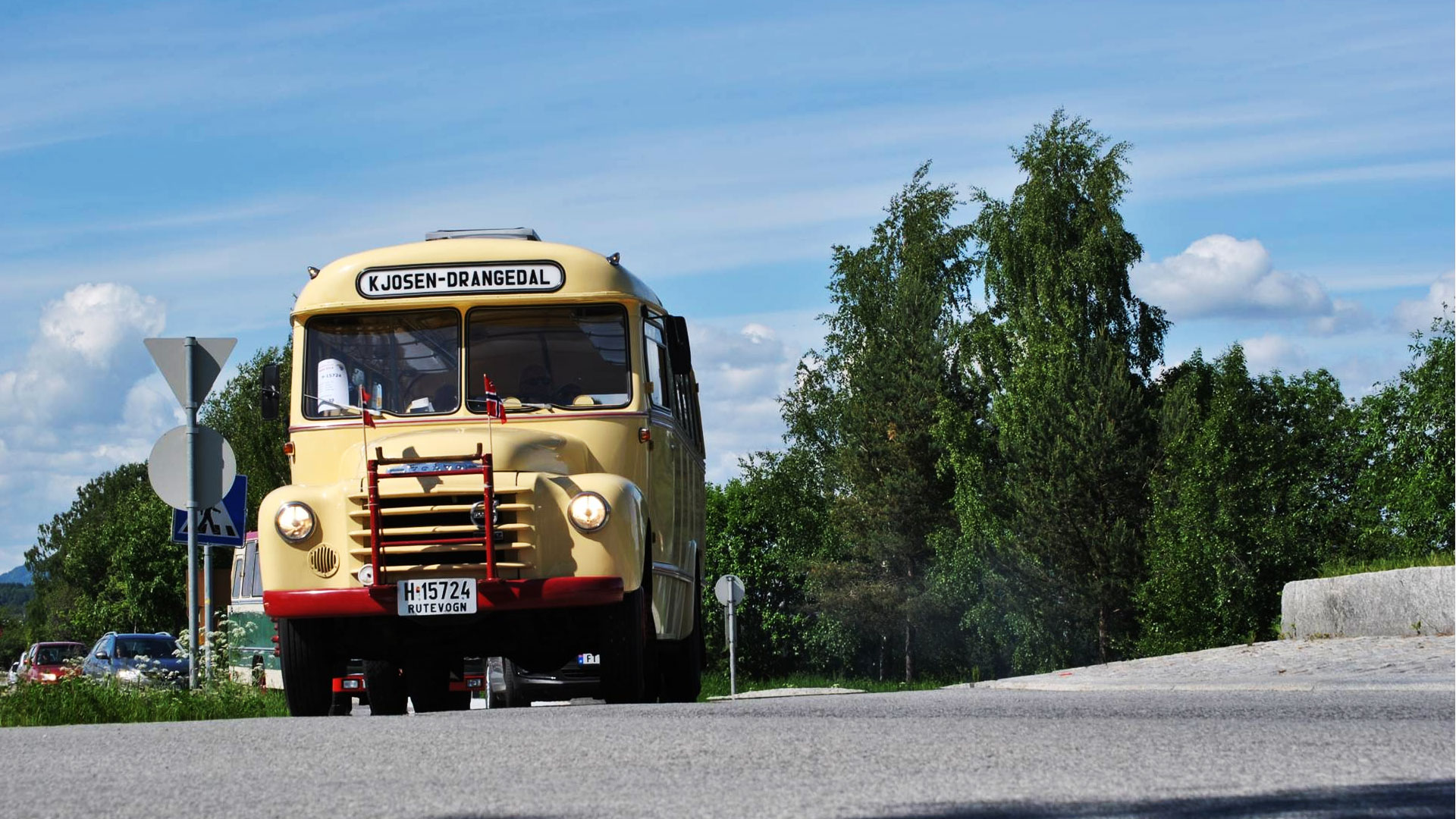 In the summer you can join a guided tour around Rjukan. You will get an insight into how the town was constructed a 100 years ago. The tour is with “Snutebussen” from 1956. 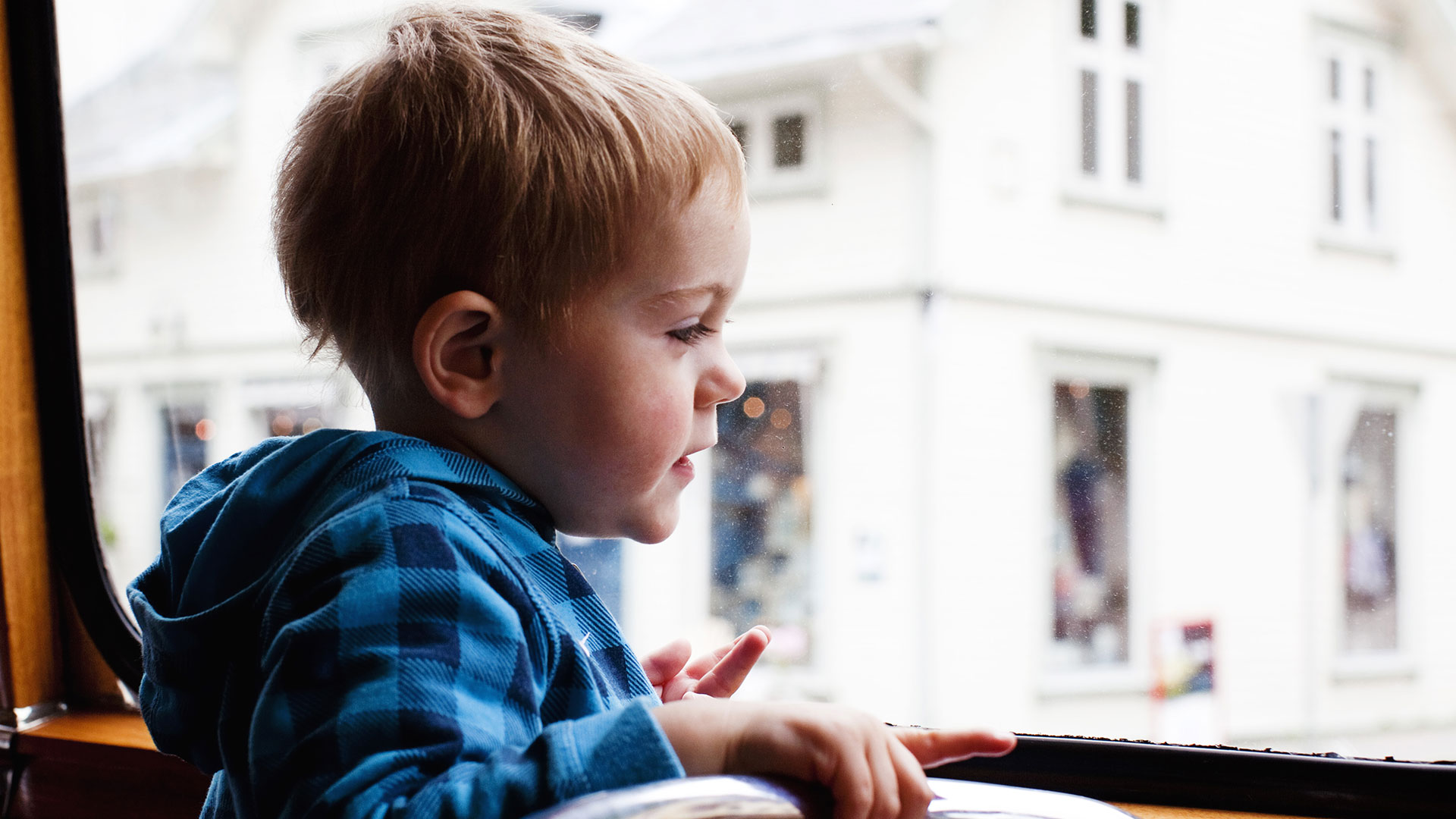 Join a guided tour with “Snutebussen” from 1956. Our knowledgeable guides will introduce you to places that symbolise how the town was planned and built by leading architects and engineers. You will learn about Sam Eyde’s ability to execute daring goals, and how modern Norway was built at Rjukan. You will also hear about the division between the social classes and the hard work at the factory. 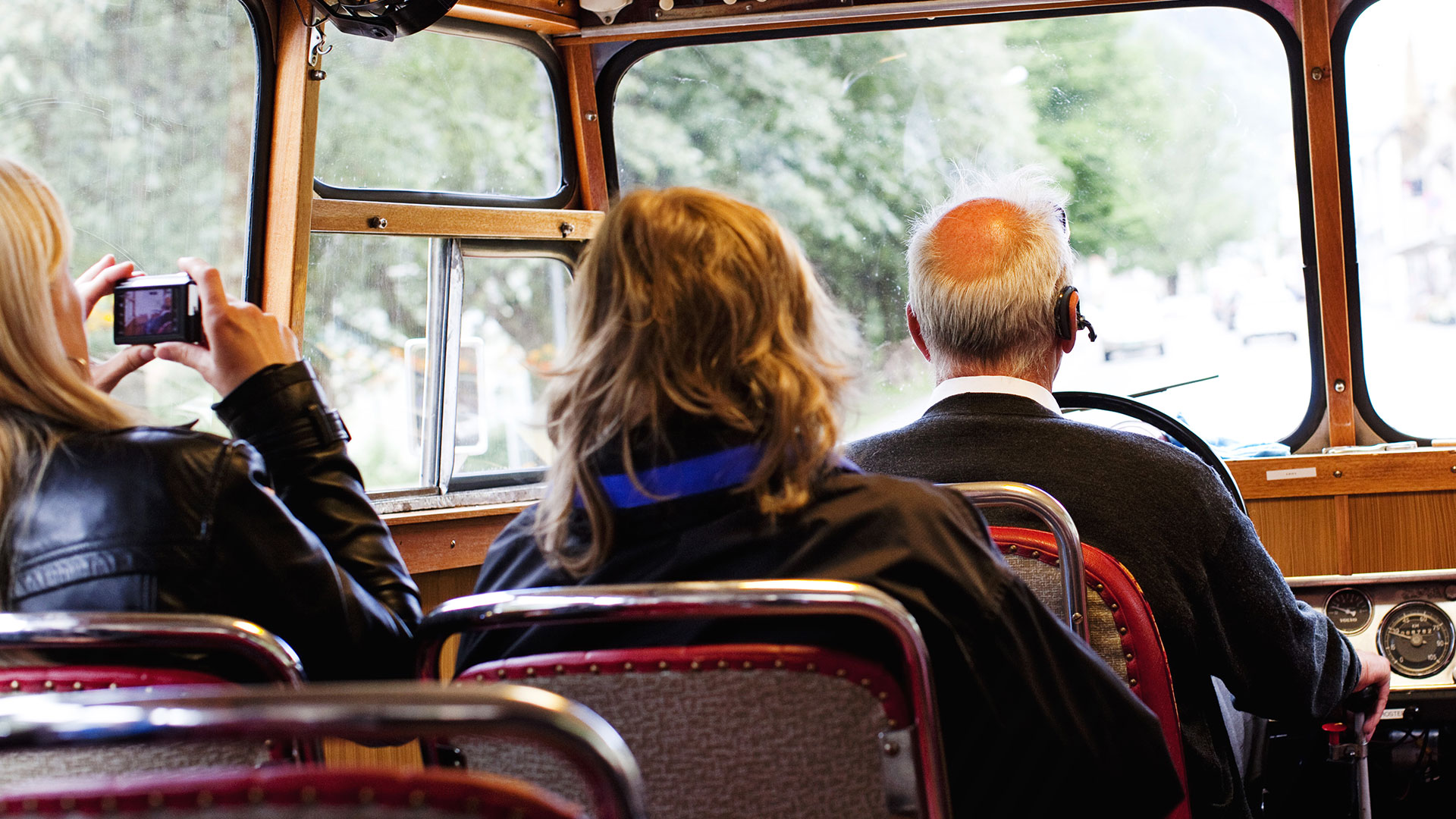 At the start of the last century, Vestfjorddalen consisted of nothing more than a few farms. Then Sam Eyde arrived and “discovered” the Rjukan Waterfall. His dream was to manufacture artificial fertilizer, so that the world would be able to produce enough food. This required a large amount of energy. Thus Vemork was constructed in 1911 – at the time it was the world’s largest power station.

The country’s leading architects planned and drew all the buildings in what was to become Rjukan town. The modern town was completed in 1920 with 9000 inhabitants.

The sun disappears from the valley during the winter months. That is why Norsk Hydro constructed Krossobanen, the north of Europe’s first two-way cable car. Rjukanbanen, with a ferry across the Tinn lake, was built to carry artificial fertilizer to the coast.

You will learn about this and more from the knowledgeable guides on “Snutebussen“.