You will find over 120 species of birds on Hardangervidda. 10 of these are birds of prey. Here you can read more about some of these birds.

Grouse is the most common bird of Hardangervidda and is found everywhere, but its numbers vary greatly from year to year.

The grouse has many different enemies; ravens, crows and weasels. Foxes steal the eggs and chicks, while falcons, eagles are a great threat. Human hunters are also a greater threat for the adult birds. The grouse camouflages itself extremely well by changing its plumage according to the season. This is its best protection in both winter and summer. 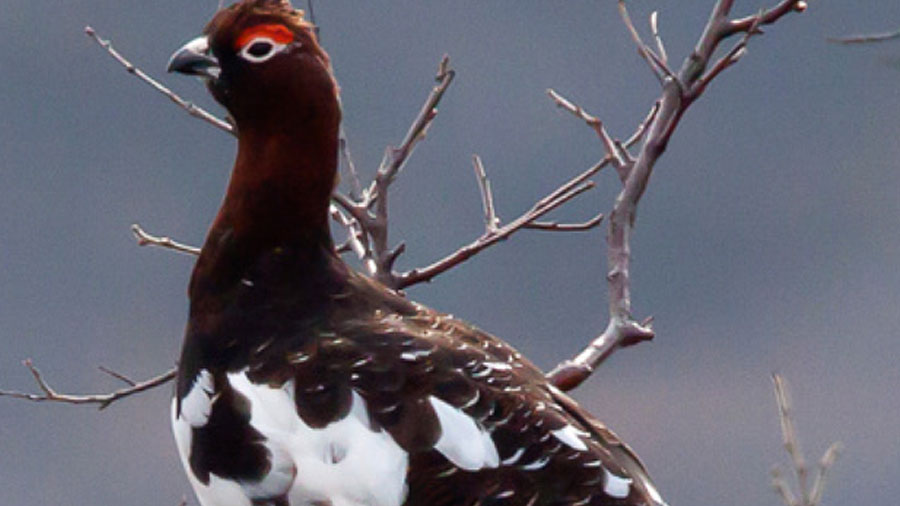 Where can you see grouse?

Many claim that grouse numbers are increasing, a fact confirmed by those who live from grouse hunting. For example, this is the case at Møsstrond where many hunt grouse with snares during the winter. The snare hunt is still permitted in Vinje, but not in Tinn. Mainly grouse are caught by snares, but there are also examples of willow grouse being caught this way.

The golden eagle is the largest bird on Hardangervidda, and it reigns at the top of the food chain.

The majestic golden eagle can sometimes be seen sailing on its outstretched wings high up in the sky. In modern times the golden eagle has become protected and its numbers have increased slightly. Some say that the increased number of eagles has contributed to fewer reindeer because they take the reindeer calves. During the winter, golden eagles live, in part, on carrion, especially reindeer.

Where can you see the Golden Eagle?

It is particularly in the border areas with a somewhat more hilly terrain that the golden eagle nests, often with nests in the steep mountain walls. The golden eagle is found all over Hardangervidda, even if its numbers are not large. There are approximately 1000 nesting couples in the entire country.

If you have seen a falcon on the Hardangervidda, chances are that it is a kestrel or a merlin.

Kestrels and merlins are two smaller types of falcons and are migratory birds. They are more common than the hunting falcon. The kestrel is more dependent on rodents than the merlin, and the numbers varies from year to year. The merlin lives on smaller birds. 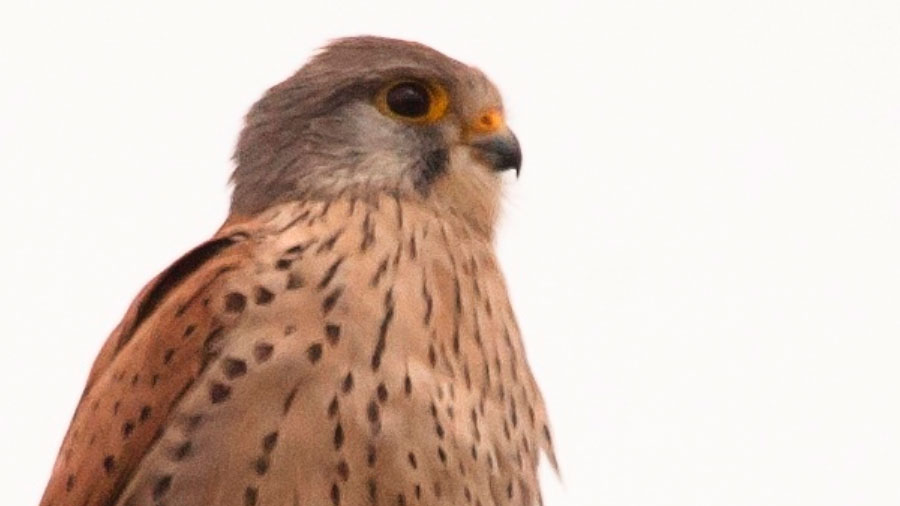 If it is a year with abundant rodents on Hardangervidda, there is a good chance to spot a buzzard or an eared owl.

No other bird is as dependent on the small rodent as the buzzard and the eared owl. The numbers vary greatly from year to year. In an abundant year for small rodents, the buzzard is particularly numerous on the mountain plateau. They often return to the same nesting places. The eared owl belongs among the owls that hunt during the day. Both buzzards and eared owls are migratory birds. 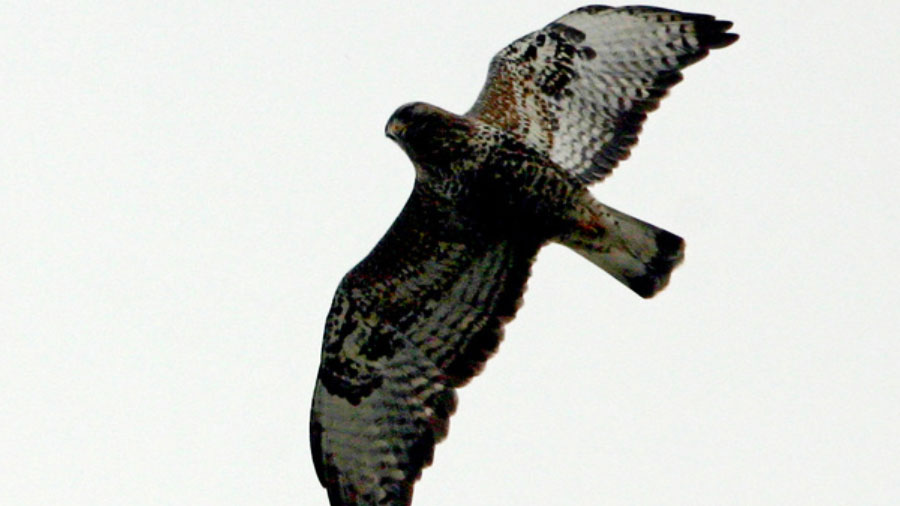 The crane is a particularly large bird with a wingspan of up to 2,2 metres.

When the crane cries in the spring it is a sure sign that winter has passed. The bird is taller than one metre and has a wingspan of 1,8 to 2,2 metres. It is found on marshes all over Hardangervidda. Particularly Vinje, Tinn and the marshes around the Møssvatn lake are know for having a significant number of cranes. During the winter, the crane is found in the Middle East and North Africa. The crane is a bird that mates for life. 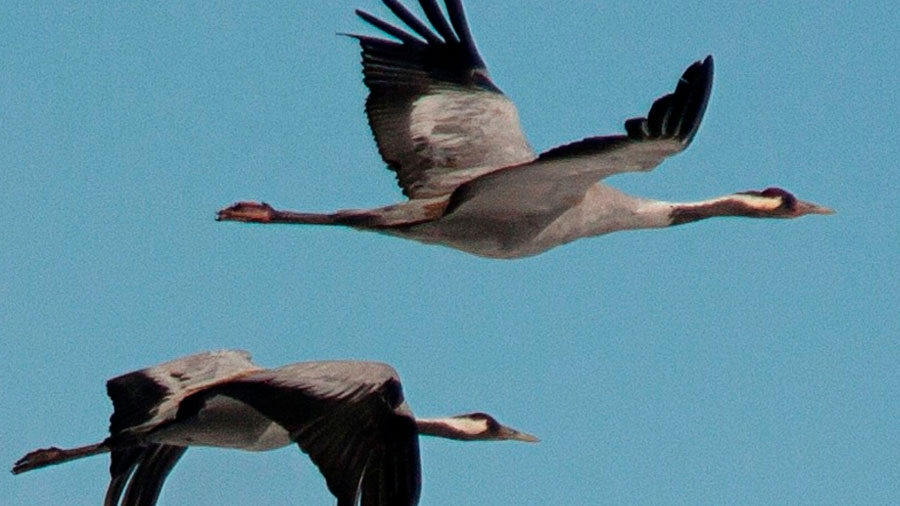 The cry of the black-throated loon on a mountain lake at night is unforgettable.

This bird is especially beautiful. It is a large streamlined bird with striking black and white stripes and square patterns. It is associated with a streak of mysticism. You will not easily forget the cry of the black-throated loon on a mountain lake on a dark night.

The number of black-throated loons appears to be stable and the bird returns to the same nesting site year after year. Numbers may have declined in places, however where the water flow has been altered because the black-throated loon is not too steady on its feet, and depends on fairly constant water levels in order to lay and tend their eggs.

The black-throated loon is often found on large lakes, and in both in birch belts and in the high mountain. 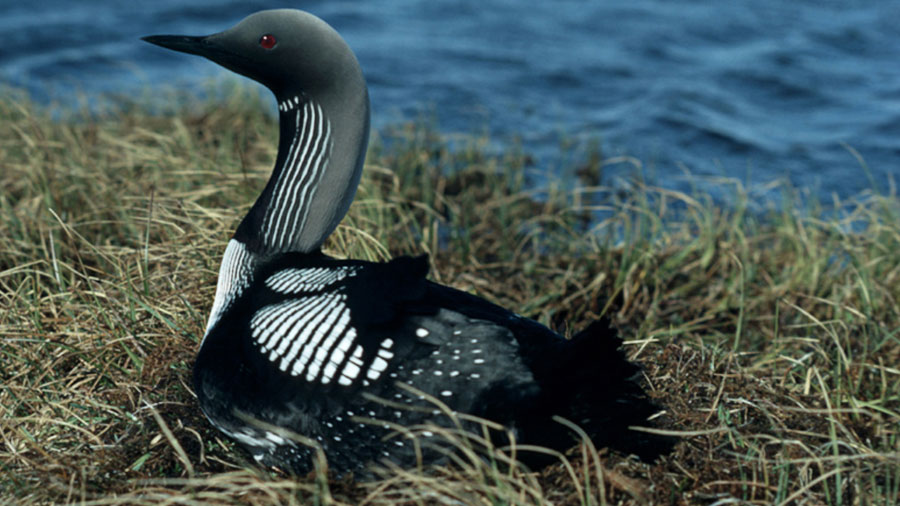 If you go for a hike on Hardangervidda, you cannot avoid seeing the golden plover.

The golden plover is known as the mountain bird. If you go for a hike on the mountain plateau you can not avoid an encounter with it. Most people associate the golden plover with its melancholic flute-like call. If you should see it, you will discover that it has a particularly beautiful plumage. It is a medium-size short-built wader with a distinctive light-brown/yellow| plumage. This plumage works fabulously as camouflage when the bird lies on the ground. 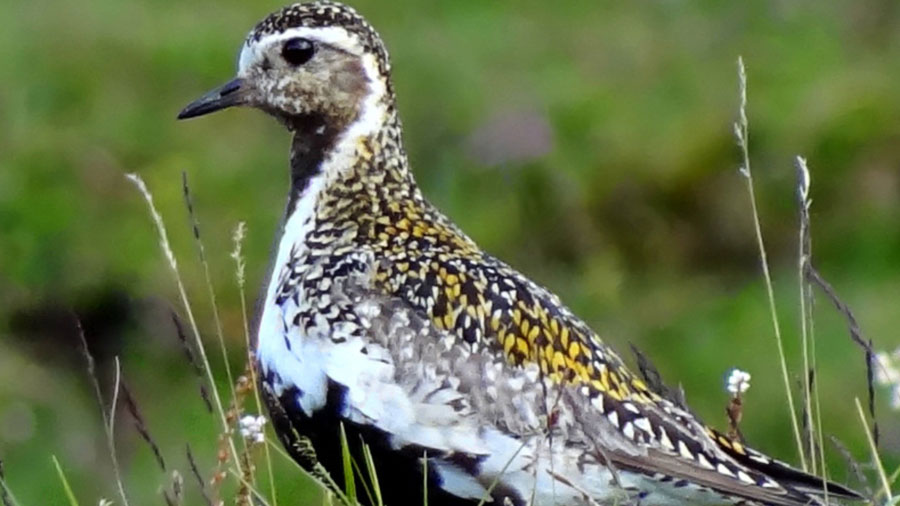 The golden plover is the only shorebird that nests in dry heathland. The other shorebirds nest by marshes or in humid climates or by lakes or streams.