There is a rich and diverse wildlife on Hardangervidda, here you can read what you can meet and get a glimpse of if you are lucky.

The wild reindeer originally roamed free across all of Europe. Changes to the climate, hunting practices and the domestication of the animals have made the wild reindeer extinct in other parts of Europe. Today there are only 23 fragmented areas left in the south of Norway. Hardangervidda is the largest and only area in the country where the wild reindeer has enough space to roam annually. 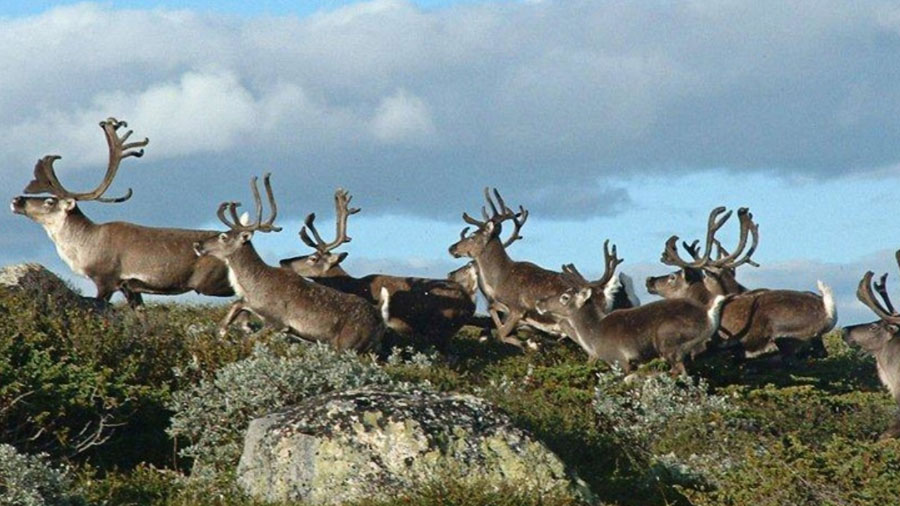 The wild reindeer is important to Hardangervidda

The wild reindeer is, without comparison, the most notable animal on the mountain plateau. Not long after the Ice Age resided, the great, hardy and incredibly adaptable wild reindeer established itself on the plateau. The wild reindeer makes its annual journey across grazing lands in the south and the west. Hardangervidda is a typical habitat for the wild reindeer. It is well-adapted to the long, harsh winters with few resources, and the short, intense summers when it is of vital importance to acquire enough food in time for the coming of winter.

Even though one quarter of the wild reindeer in Norway lives on Hardangervidda, the chances of spotting them   from the National Park Route are fairly slim. On holiday by car along the National Route Park you can stop at one of the viewpoints along the road, and with binoculars you may be lucky enough to spot a wild herd several kilometres away.

Why is it so rare to spot a wild reindeer?

What to do if you see them?

The wild reindeer on the serving plate since the Stone Age

Humans have hunted wild reindeer since the Stone Age. In certain periods, the reindeer was the human’s decidedly most important prey. There is much evidence of deer-hunting on the Hardangervidda going back all the way to the Stone Age 8000 years ago. These hunting sites tell stories about a hard life in a climate that was difficult for both for humans and reindeer, and where the forces of nature posed the greatest challenge.

During recent years, the wild reindeer hunt on Hardangervidda has been mostly at the Vinje area of the plateau, but some hunts have also taken place in Tinn, to the great joy of local hunters. For many in these villages, the reindeer hunt remains the highlight of the year. The hunt takes place on both the inside and the outside of the National Park borders. The authorities have declared it to be the wild reindeer habitat. The size of the area is approximately twice as large as the National Park. 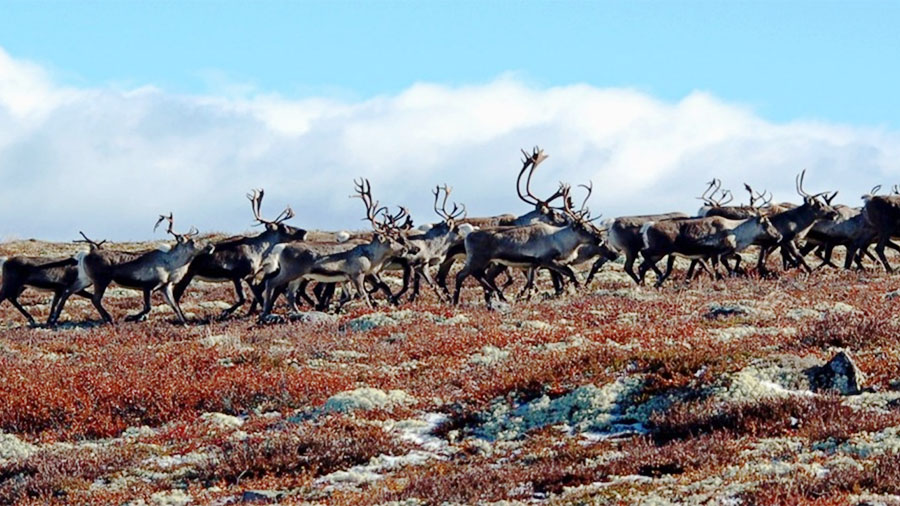 Are there mountain foxes on Hardangervidda?

The mountain fox has been protected since 1930. Still, it has been difficult to maintain a constant number of foxes on Hardangervidda. The authorities have attempted to release bred in captivity fox puppies, but it is not certain how successful this strategy has been. 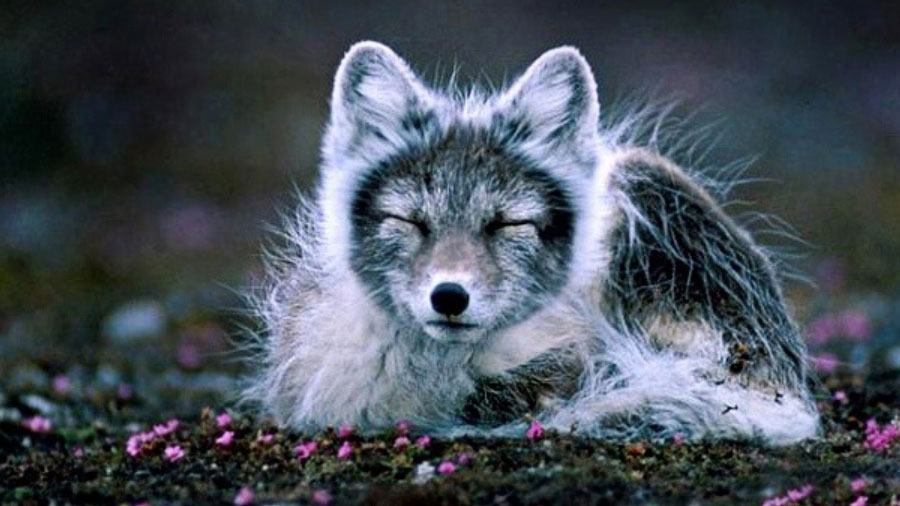 One of the reasons why the mountain fox has had such difficulty surviving, is the great increase in its numbers over the last few years. According to the experts, Another reason may be the lack of larger animals of prey such as wolves or wolverines, as the mountain fox is distinctly a carrion feeder.

Here are some tips for where you can see elks along the National Park Route. 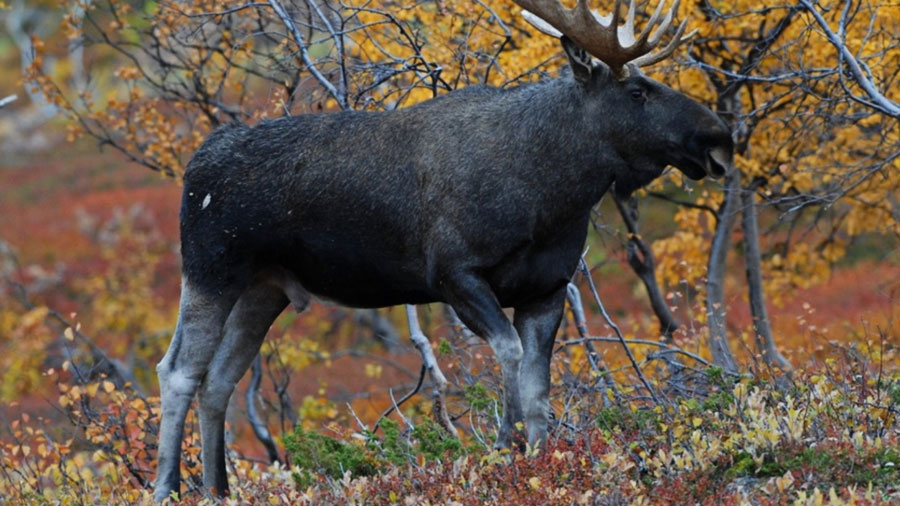 If you want to look for elks on your own:

Are there elks on Hardangervidda?

The “King of the Forest” lives also in the high mountains! The elk has extended its habitat, especially in the Kvenna Valley in Vinje. Here you will find a thriving elk herd where hunting of the elk is permitted. It is not unusual these days to encounter lone roaming elks in the high mountains on the mountain plateau.

In the border area of the mountain birch forest around the Hardangervidda, the elk has also become more common, even if during the last few years it has also got competition from an increasing number of deer. The increase of both elks and deer is often seen in conjunction with the fact that the tree line is moving upwards, creating more grazing land.

It is not unusual to see beavers in the rivers along the Hardangervidda National Park Route.

The beaver was originally found in large parts of Northern Europe. The beaver was hunted almost to extinction due to its fine fur, and in many places it has become extinct. At several locations on Hardangervidda there is evidence that the beaver must have been more common in previous times. Bjorei in the west and the Bjørn Valley on Østvidda are examples. The beaver only survived in five European countries including Norway with only a few left in Agder and in Telemark. 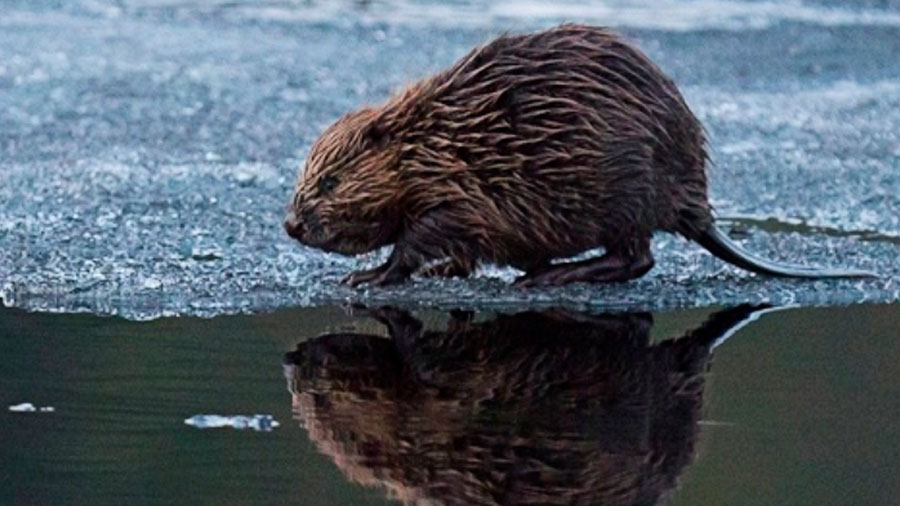 During the 20th Century, the number of beavers has increased due to protectionist measures and controlled release into nature. In Vinje, the beaver has lived in Kvennavassdraget, and steady numbers of beavers now inhabit many the areas bordering to the National Park such as Rauland.